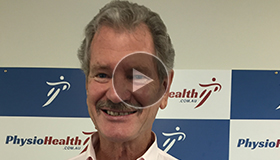 Barry graduated as a Physio in 1967. He began his career working initially at the now defunct Prince Henry’s Hospital, then Panch Hospital. Transitioning into private practice in 1970, Barry opened the first sports medicine clinic, Richmond Hill Clinic in 1977. Along the way Barry also had some successes in Aussie Rules Football, playing 1965 to 1974, 3 Premierships with Richmond, Coaching in 1977 and 1978 and Club President in 1985. He joined forces with PhysioHealth in 2014 and aims to continue working until he is dragged out the door.