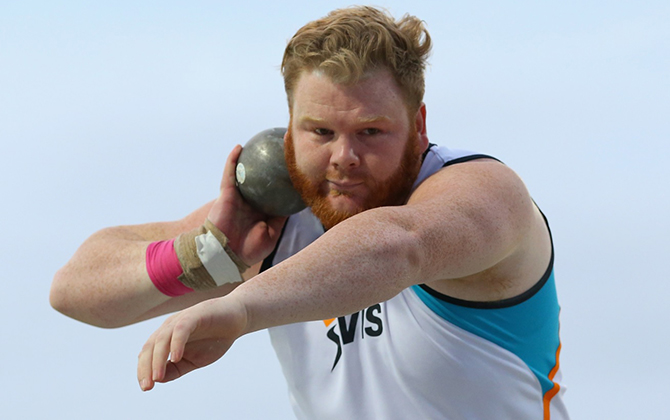 The 23 year old boy from Teesdale near Geelong will make his Olympic debut after throwing a massive PB in Hobart this February to take him to 2nd on the Australian All-Time list behind his coach Scott Martin, and well past the A qualifying mark to ensure selection, despite a significant calf injury preventing him from competing at the national championships.

After making his international debut at the Glasgow Commonwealth Games and placing 5th, he just missed out on qualifying for last year’s World Championships. The gentle giant of the team, “Damo’s” personal best progression is sure to see him mix it with the other big boys of the athletics world at Rio de Janeiro in August.