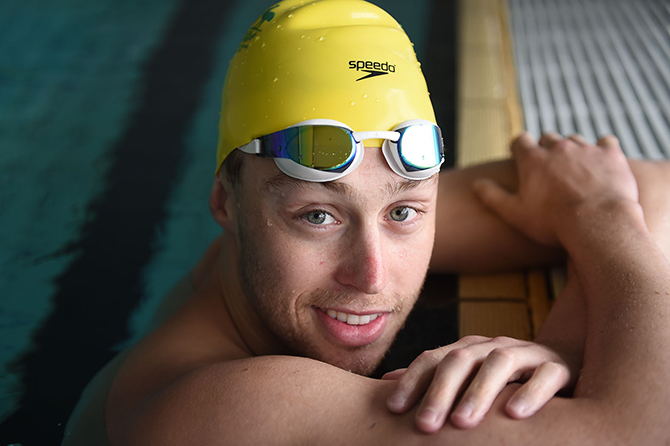 Physiohealth congratulates Josh Beaver on his road to Rio.

Josh Beaver is one of Australia’s most popular swimmers. He is both respected as a tough competitor who punches above his weight against the world best backstrokers, and known by swimmers and fans as one of the good blokes of Australian Swimming. Josh overcame the disappointment of narrowly missing the London 2012 Olympic team and set himself on the road to Rio. Along the way he was rewarded with medals at the Commonwealth Games and Pan Pacific Games in 2014.

In 2015 Josh switched from his long term club at Casey Tigersharks and joined Rohan Taylor at the Nunawading Swim Club and launched his Olympic campaign. His 2016 has gone to a new level of consistency in both the 100 and 200 backstroke, ultimately taking silver behind World 2015 Champion Mitch Larkin at the trials.

What are you most looking forward to at Rio Olympics? The whole thing

How will you unwind after the Olympic Campaign? Want to come back and race World Cups, further study in building or carpentry