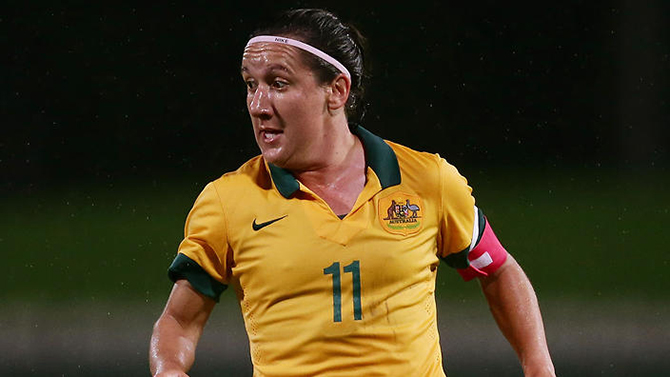 Physiohealth congratulates Lisa De Vanna on her road to Rio.

Matilda’s co-captain Lisa De Vanna is one of Australia’s most dangerous footballers. As co captain Lisa leads through her actions instead of words. Driven by the desire to make her second Olympics (following failed campaigns to Beijing and London Olympics) she has left no stone unturned in her bid to represent her country.

Aware of her age, Lisa has sacrificed playing overseas to ensure her body is in the best condition for Rio. Along the way she has earned 2010 Asian Cup champions, 3 w-league championships, named Australian female footballer of the year and lets not forget her nomination for the FIFA goal of the year when she competed against the likes of Neymar.

What are you looking forward to most at Olympics? Captaining my country and being around the best athletes in the world

Best moment in soccer: 2007 World cup when we made it out of the group stage for the first time

How will you unwind after Rio? No plans, I will embrace the moment and go wherever it takes me