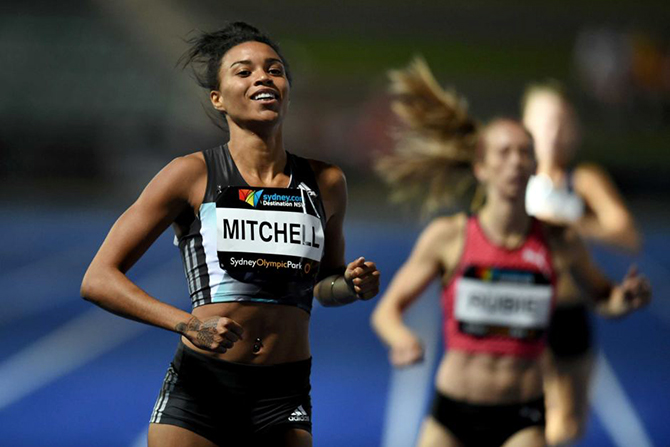 Physiohealth congratulates Morgan Mitchell on her road to Rio.

The relaxed western suburbs girl has really turned heads in the last 12 months after showing promising signs as she confidently transitioned from the junior ranks to being an open athlete.  Morgan spent most of her junior years focusing on netball, being talented enough to be selected in the national under 17 and 19 teams, but decided that the challenge of an individual sport could be more fulfilling for her. Morgan competed at the world juniors and made a successful transition to the open age by winning the national title in 2014 and in doing so cemented a place on the squad for the Glasgow Commonwealth Games.

After a disappointing year last year internationally, the hunger to succeed drove her to make some changes in her training and routine. Deciding to move on from her long-time coach and mentor Peter Burke, Morgan has taken herself more seriously as an athlete under the guidance of new coach Peter Fitzgerald, a former olympic sprinter himself.

Working harder in the gym and on the track, concentrating more on her diet and self management, Morgan has taken this elite athlete mindset to the track and defeated all comers this season to lock in a berth at the Rio Olympics.