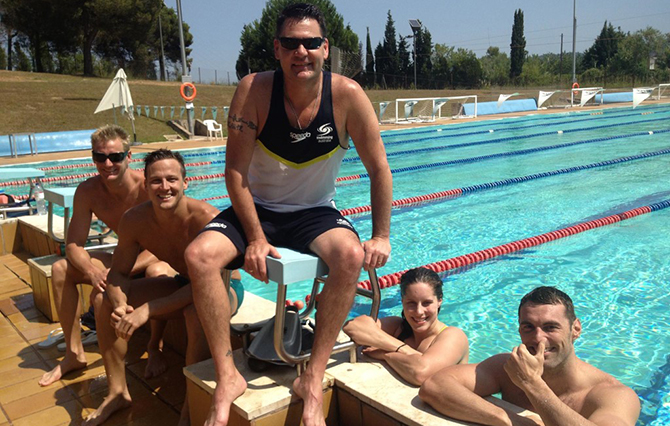 Physiohealth congratulates Rohan Taylor on his road to Rio.

Rohan Taylor has been coaching in Melbourne and working closely with Physiohealth since he moved from NSW in the late 90s. During that period Rohan has coached at the highest level placing swimmers on multiple National Teams. In 2008 he achieved the ultimate by coaching Leisel Jones to an Olympic Gold medal in the 100 breaststroke.

This year Rohan earned his place on the Rio Olympic Team by coaching 3 athletes who qualified, Belinda Hocking for her 3rd Olympics and first time Olympians Josh Beaver and Travis Mahoney.

Best event as a swimmer: 100 free (raced Dave Morarty at the Victorian Open Short Course 1986 – for the record Rohan got silver. Dave bronze )

Coaching Philosophy: Develop the Person along with the skills

Most satisfying aspect of coaching: Being able to be a part of helping an athlete achieve their goal

Most inspirational quote: If at first you don’t succeed try listening to your coach

How will you wind down after Rio? Holiday at home with the family